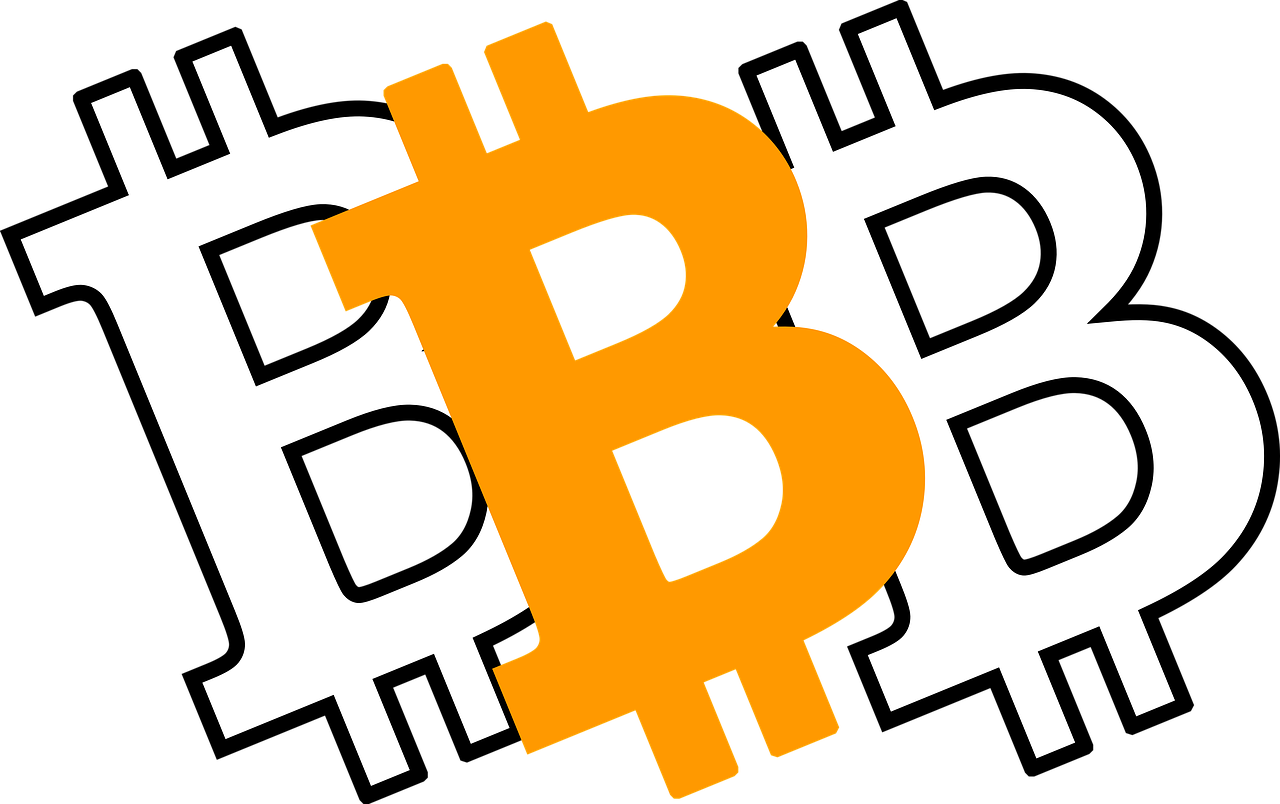 (OroyFinanzas.com/en/) – Thank you for giving me an opportunity to come to beautiful Chicago, to this great venue. I am going to try to explain Bitcoin very quickly, in 15 minutes. It is quite a challenge , but I think is doable.

In Spanish we have a saying that goes something like: When the Genius points to the moon, the fool looks at the finger.

Bitcoin is the best form of money

All of these features are incredibly atractive, but in being so atractive we gravitate to them too quicky and we miss the bigger picture on why Bitcoin really matter and that is what I want to talk today.

I think Bitcoin matters because it is maybe the best form of money that we have ever seen.

And it may not be very easy to notice that, because it is early but Bitcoin is doing for money what TCP/IP did for information. But it is very early. We are at the equivalent of 1992 for TCP/IP before it was a browser and it took a lot of imagination to understand how the Internet made change the world.

History of money to understand Bitcoin

The first way I think we can understand Bitcoin is to understand the history of money and the role of money. Anthropologists say that there is not evidence of any tribe, much less the civilization, that ever used barter for trade. That should be quite counterintuitive too most of us because we are told at the school that we first barter and then we invented money because bartering was too hard.

Well, that is not true, because that never happened.

From about 100.000 years ago to about 25.000 years ago the way we did trade was that everybody in our tribe would know that you killed a big buffalo and I would come up to you and say: “Hey you are not going to eat that whole buffalo, can I have a little bit of meat?” And you would decide if you would give me some meat or not and other members of the tribe would come and ask you for some meat and you would decide who do you give meat to and who don´t you give meat to and you have to remember who you gave meat to because you hope that they will pay you back somehow, sometime in the future. It is a very subjective system but that is how trade worked.

We all walk around with this subjective ledgers in our minds os who owes us what and hopefully those people eventually repaid us and hopefully repaid us in something that felt fair to us. It was not going to be usually the same way that we paid them. It is an uncredibly subjective system but we used it for a very very long time, for 75.000 years. At least longer than any other system.

From subjectivity to the objectivity of the ledger

Until someone very inteligent in our tribe came out with a new technology and innovation and said: “Do you know what? Wences, can have a little bit of your fire wood? (everybody knows that you have a lot of fire wood) And I said sure, here is your fire wood. And this time, this person said: We are going to try a new technology, a new innovation here is some beads for you. And I say: I do not need some beads, thank you. And he said: This is not about you need or you want beads, we are going to use beads to keep track of our debt so we don´t have to remember them subjectively anymore, you just keep the beads and that will be how much you owe. And it was such a successful technology that it just took off and very quickly, in 2.000 years is imposible to find some tribe or some civilization that does not have some form of ledger. Objective ledger. Some tribes used salt, some chose rocks, seashells…diferent forms of ways to keep track of debts in their society, in their tribe.

Scarcity as the first attribute

Anthropology goes as far as saying that if you describe to them the enviroment of a tribe, they can easily predict what is going to emerge as a ledger in that tribe, because it is allways the most important quality that that object had is that it scarce. And it makes sense, because if it is something that we are going to use to keep tracks of debts, if it does not scarce… Let´s say if we use three leaves. I can simply pick leaves from a tree and create fake debt to benefit myself at the expense of everybody else. So scarcity is the most important attribute of these things to keep track of debt. But also there are five other attributes that are important:

This system took off and worked really well for about 20.000 years. From about 25.000 years ago to about 5.000 years ago. And 5.000 years ago, what happened is that tribes began to trade with other tribes and they needed something in common. We had beads, you had seashells and we could not trade and what happened then is that gold emerged as the first universal ledger. And it was gold because it was something that was universally scarce. But it was also transportable, durable, divisible, recognizable and fungible.

The three myths about money

This very short and high level of history of money I want to illustrate three myths, because if you believe in any of these three myths is really really dificult to understand the proper function of money and why Bitcoin matters.

The importance of gold

From where we are standing today it is hard to understand the importance of gold because right now the universal ledger is not gold it is the US dollar and before that for about 500  years we have had these reserve currencies first the Portuguese escudo, then the Spanish, then the French, then the Dutch, then the British pound, now the dollar…all of them have been the universal ledger, the reserve currencies for about 100 years, but none of them have been anywhere near as good as keeping value as gold has.

It is quite incredible that the best ledger we have ever found, this such a primitive thing that takes billions of dollars to dig it out of the ground and then we lock it up in vaults under ground again. It is incredible that with all the technology that we have today that is the only one ledger  that we can all use when we are not trusting a person, we are not trusting a bank or a company or a government. We are just trusting that is something really scarce. The qualities that make gold a such a great ledger is that it is so scarce but it is also  divisible, portable, durable, recognizable and fungible.

Bitcoin and its superiority against compare to gold

About 5 years ago, at the begining of 2009 Bitcoin was created.

Bitcoin is a universal ledger that serves as digital money in a way in which you just act like with gold, you do not have to trust anyone. You are not trusting a single person, you are not trusting a company, a bank or a government. And when you compare Bitcoin to gold is incredibly superior in each one of these aspects. Not by a little bite, but by a lot. And it is the first time in 5.000 years that we have something that it is immensely superior to gold.

The most important way in which is a lot superior is that there will never be more than 21 million bitcoins. It is mathematical perfect scarcity, you can trust that. As with gold we mine more gold every year, about 2.000 tons a year. In terms of the divisibility each bitcoin is composed of a million pieces called bits, so a million bits are one bitcoin. Incredible easy to divide.

And that has been the case forever, you know, that is how banks got started a long time ago but that is how we have today also on top of banks, credit cards and things like PayPal, etc. It is just impossible to do a transaction with someone else without both of us trusting a middleman.

We can call right now someone in Jakarta, Indonesia, and put them in that big screen on Skype for free we can see them, we can hear them, they can hear us, they can see us and after we hung up we wanna send them one cent which should be a lot easier because what just happened is quite magic in terms  of all the technology it had to be available for us to see them, but when we are going to send them one cent it is just not possible. The few ways there are for us to send them one cent to someone in Indonesia will cost at least 50 cents, will take at least three days but more often will take at least 50 dollars and more than a week to get there. There is just impossible to move that kind of money. With Bitcoin you can move a cent or a million dollar, just as quickly and just as cheaply.

It is the first time in 5.000 years that we have something immensely superior to the best form of money we had seen until now.

Bitcoin and the functions of money

The three functions of money, when money works well, it is a way of saving (store of value), it is a way of paying (Payment Mechanism) and it is a way pricing (unit of account). Right now, I happen to belive that these are the ways in which Bitcoin is going to develop.

Most people who have Bitcoin today are using it as a way of saving, they are not using it for payment so much, because there is only about 10 million people who own Bitcoin, so there is not many people you can transact  with, but most of those people are owning Bitcoin because they believe in Bitcoin and they want to save in it and I think the good thing about the saving function of Bitcoin is that if you want to buy some Bitcoin, you don´t need to ask anybody permission, no one need to accept it, you just buy some bitcoins and hold them.

Since launch Bitcoin didn’t have a lot of traction. From 2009 to about 2011 and it began to see some serious traction in 2011. This chart is a little old, now it is about 7 million people who own Bitcoin. There is between 20.000 and 100.000 people who are buying their first bitcoin every day.

I think Bitcoin is maybe the most important social experiment that is going on right now and I think it matters because there is a good chance that over the next 20 years, we finally, after 5.000 years, replace the trusty old gold standard for a completely new standard: the Bitcoin standard, that will not and should not replace any national currencies, but it is likely to become the international currency of the Internet, the native digital currency of the Internet that the internet does not have today, and also probably the biggest leap forward in the democratization of money.

And that is why I  think it worth to pay attention to what is going on with Bitcoin.

Thank you very much!

The team of analysts from OroyFinanzas.com/en/ and our invited authors

Be the first to comment on "Wences Casares (Xapo): Bitcoin, the best money and universal standard (video)"